Searching for the elusive Hooded Plover

The group accessed the lake through the Pech family farm. Ken Pech, a retired Gnowangerup Shire President and prominent farmer in the area, gave an introduction and history of the Lake environs.

Shore based breeding of the endangered Hooded Plover has been reported from Lake Anderson by Ongerup ornithologist Steve Elson. However on the Sunday very few water or shore birds were seen, presumably because they had dispersed across other wetlands in the region.  Terrestial birds in the reserve bush-land spotted included  Crested pigeon, Shining bronze cuckoo, White-browed scrub-wren, Weebill,  Inland thornbill,  Spotted pardalotes, Yellow throated miner, Brown and Singing honeyeater, White- browed babbler, Golden and Rufous Whistlers, Great Shrike-thrush  and other species.

Vicky Bilney, of the Yongergnow Malleefowl Conservation Centre in Onerup, also spoke to the group about the work of the Centre in Malleefowl conservation.

This project is supported by funding from the Western Australian Government’s State Natural Resource Management Program, supported by Royalties for Regions. The event is part of Green Skills’ wetland conservation activities and has also been supported through the Albany Bird Group, Ken  and Wayne Pech and Yongergnow Malleefowl Conservation Centre in Ongerup 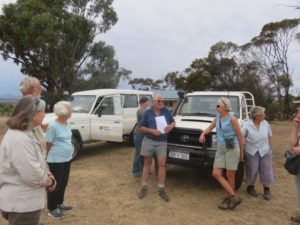 Ken Pech, Gnowangerup farmer, talking to the group prior to the visit to the Lake 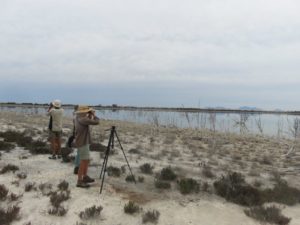 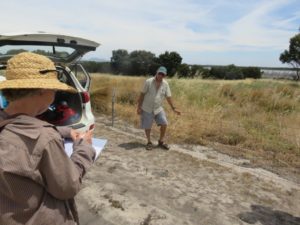 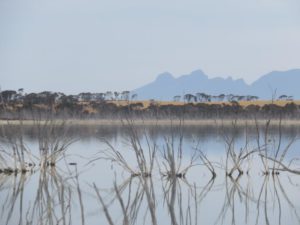 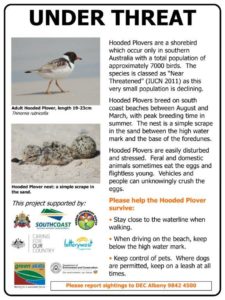 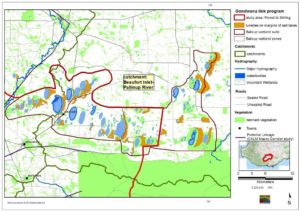 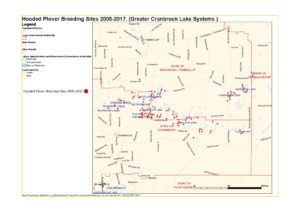