Denmark’s Sanctuary gets new sculpture for its Gondwana Garden

Triceratops joins the herd at the Gondwana Garden – Denmark Sanctuary

A new dinosaur sculpture has been added to the Gondwana Garden at Green Skills’s Denmark Sanctuary building.Created by local artist  Fred Pearce, the ferocious looking creature is actually a harmless Triceratops.

Triceratops was an herbivore, existing mostly on shrubs and other plant life. Its beak-like mouth was best suited for grasping and plucking rather than biting, according to a 1996 analysis in the journal Evolution. It also likely used its horns and bulk to tip over taller plants.

It had up to 800 teeth that were constantly being replenished, and were arranged in groups called batteries, with each battery having 36 to 40 tooth columns in each side of each jaw and three to five teeth per column, the Evolution study notes. It may have eaten a range of plants, including ferns, cycads and palms.

Fred began his career as a sculptor  at the Green Skills Denmark Tip Shop, about 3 years ago, as part of up-cycling metal workshops for the Brave New Works art festival. With new found artistic skills he has made a number of stunning metal sculptures, several of which Fred  has donated to ongoing public display at the Denmark Wetlands Centre and the Sanctuary.

Fred’s contribution to  Green Skills and the Denmark community is greatly appreciated. 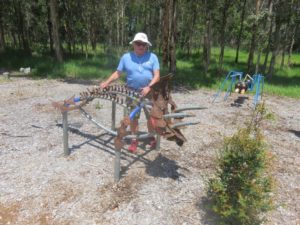 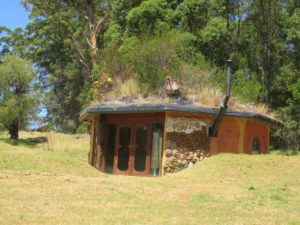 Two more of Fred’s sculptures sit on the Sanctuary roof 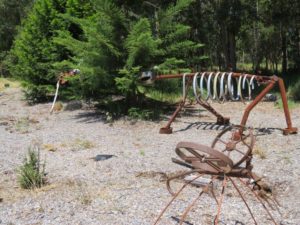 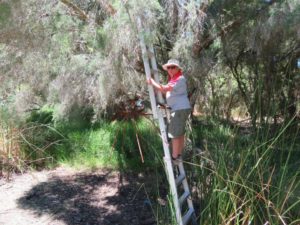 Fred at the Wetland Centre with a giant mosquito 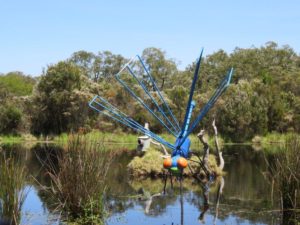